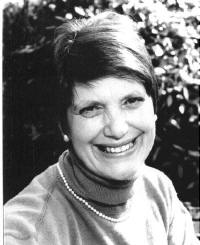 Meinir graduated from University College, Cardiff. Since 1972 she has held the post of Principal Harp with the Orchestra of the Welsh National Opera, touring extensively and taking part in almost all of their widely acclaimed recordings. Most recently, she appeared on the best-selling Charlotte Church CD, ‘Voice of an Angel’, which featured on four tracks for voice and solo harp. Meinir has played with many other famous names, including Bryn Terfel, Luciano Pavarotti, Dennis O' Neil, Kiri Te Kanawa and Leslie Garrett

Meinir pursues a busy freelance, solo, chamber and orchestral career, performing frequently with most leading London orchestras. Meinir's wide experience enables her to bring the right touch to any occasion, be it a corporate or national event, wedding or private function. She likes to offer a programme that reflects the occasion and encourages the client's taste to shine through.

Meinir has an extensive repertoire for the harp, which includes songs from films, shows and television, jazz, popular classical and traditional music and harp solos.

Inspired by her work with young people Meinir has herself published four volumes of Welsh traditional music arranged for the harp, by now well-known throughout the world.