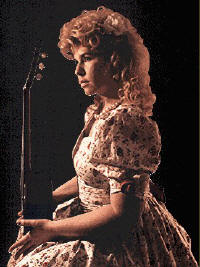 Classical Guitarist Galina was born in the Ukraine and comes from a family of musicians.

She began studying the guitar and made her first public appearance on state television at the age of eight; from twelve she was performing major guitar concertos with the Kharkov Philharmonic Symphony Orchestra. From 1991 to 1995 she studied at the Moscow Gnesiny Music College while also employed as a principal guitarist with the Kharkov State Philharmonia from 1986 until 1997.

Galina has won prizes at international guitar and music competitions in Poland, Italy, Hungary, Spain, the United Kingdom, and has performed over 2000 concerts across West and Eastern Europe .

In 1996 the British Ambassador and High Commissioner to Kenya invited her to Africa for a concert tour and television appearances.

Galina's extensive repertoire covers all time periods of classical guitar from the middle ages through to modern popular arrangements.