Jazz Solos And Duos - for your Event

About Jazz Solos And Duos

The Jazz Solos And Duo pages list musicians who are available to perform in your area. They are particularly appropriate for wedding receptions and parties. To find out more about them, read on: 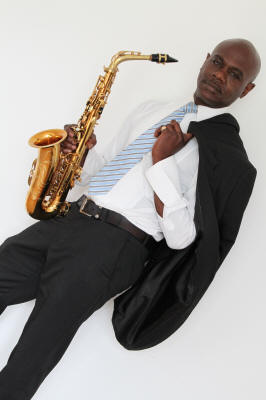 Our pages of Jazz Soloists and Duos covers the same duo line-ups that are shown on our Jazz Duos page, but are put together with soloists. The soloists may be solo saxophonists, guitarists, pianists and singers, sometimes performing unaccompanied, but in the case of instruments like saxophone, using backing tracks.

Ideal for a restaurant or formal dinner, corporate event evening drinks reception, or a small wedding reception, there are many advantages. The musical performance doesn't overwhelm a small number of guests, as a 6 piece jazz band might; the atmoshphere created can be very intimate; by using backing tracks a singer can perform the songs that would normally require a full band (as is the case with many of the favourite wedding songs); the musician takes up a fraction of the space of a jazz quartet, perhaps with drum kit; and last but not least it is usually cheaper to hire one person than four or five.

Use the drop down box at the top of the page to select the county where your venue is and see the musicians who are available to perform there.

Jazz history is well stocked by famous instrumental and vocal soloists, here are a few examples:

By 1919 Marable's band had been joined by the young cornettist Louis Armstrong (1901-71), who was destined to become the most influential of all early jazz performers. Armstrong's lowly background in New Orleans was typical of many first-generation jazz musicians. On his release, Armstrong resolved to pursue a career as a musician and owed his initial success to the timely patronage of King Oliver, who was then playing in an ensemble led by trombonist Kid Ory In 1918, Oliver decided to follow the trend of relocating to Chicago, giving Armstrong the chance to fill the vacancy in Ory's band. Not long after, Armstrong also joined Marable's riverboat 'conservatoire'. However, Oliver had not forgotten his protege, and Armstrong was invited in 1922 to join his mentor's Creole Jazz Band at the Lincoln Gardens in Chicago.

Armstrong was faced with a challenging task when he joined Oliver's band. This experience undoubtedly sharpened Armstrong's aural perception. Armstrong's playing was characterized by a wide variety of original melodic and timbral devices that make his style instantly recognizable. Oliver's original had been named after Armstrong himself, whose capacious mouth earned him the affectionate nickname 'Satchmo', short for'Satchelmouth'.

Armstrong learnt to read music fluently for the first time during his work with Henderson's band, and he in turn inspired them to play with a greater sense of swing. Returning to Chicago in the autumn of 1925, Armstrong formed with his wife the dynamic Hot Five and Hot Seven ensembles. In promoting the extended improvised solo as the core of a performance, Armstrong laid the foundations for almost all subsequent jazz.

West End Blues begins with a stunning cadenza for unaccompanied trumpet, radical for its time and much imitated by later adherents of the Armstrong style. This technique, made famous by Armstrong in the Hot Five recordings of Heebie Jeebies (1926) and Hotter Than That (1927), involved singing nonsense syllables to an improvised melody. The significance of Armstrong's scatting lies in his skilful vocal adaptation of the resource­ful style of his instrumental improvisations. Lil Armstrong was replaced in some later Hot Five recordings by Earl 'Fatha' Hines (1903-83), who had been working with Armstrong and violinist Carroll Dickerson at Chicago's Sunset Cafe since 1926. The stylistic distance travelled by jazz in the five years since Oliver's Creole Jazz Band recorded the piece is stupendous. Hines remained in Chicago when Armstrong left for New York in 1929, and formed a band at the GrandTerrace Ballroom, a favourite haunt of the Mafia. Armstrong was by no means the only prominent jazz musician to secure for himself a lucrative career in the entertainment industry. As a result of his transatlantic tours of 1933 and 1934, Armstrong's fame spread to Europe. When the big-band craze evaporated afterWorldWar II,Armstrong returned to the traditional style of small-ensemble jazz then enjoying a revival, in a performance at Town Hall, New York, in 1947. 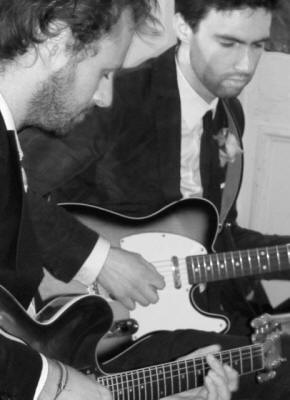 In 1934, the English composer Constant Lambert (1905—51) included in his provocative book Music Ho!: A Study of Music in Decline a section devoted to the work of Edward Kennedy 'Duke' Ellington (1899-1974). Ellington, in fact, is a real composer, the first jazz composer of distinction, and the first Negro composer of distinction. the first American records of his music may be taken definitively...and are the only jazz records worth studying for their form as well as their texture...

Although Lambert was inevitably influenced by his training as a classi­cal composer, so that he placed a greater value on pre-composition than on improvisation, he succinctly expounds Ellington's stature as the first composer in jazz to have created musical structures worthy of direct comparison with classical music. By 1924, Ellington and Greer were playing in Harlem and on Broadway with Elmer Snowden's band, The Washingtonians, and were making their first recordings. Ellington's entrepreneurial and artistic skills resulted in what has become universally known as 'the Ellington effect' — a musical phenomenon that almost defies verbal description. Miley's major innovation in jazz trumpet playing was the so-called'growl' technique, which became a hallmark of the Ellington style. Three categories of music that Ellington tackled at the Cotton Club with great resourcefulness were 'mood' pieces with a blues flavour, abstract instrumental compositions (which he liked to call 'concertos'), and the famous 'jungle' style.

Miley's 'growl' technique was central to the success of Ellington's jungle music.The trumpeter's influence is evident in the early master­piece East St Louis Toodle-oo, which was the band's signature tune between 1926 and 1941. Two pieces from the early 19305 brought Ellington international fame. Mood Indigo (1930), an example of the wistful mood pieces that formed part of the Cotton Club repertoire, was Ellington's first popular success. Together with these ambitious experiments, Ellington continued to produce a prolific stream of popular 'ten-inch' pieces. Ellington's supreme command of three-minute structures culmin­ated in several masterpieces composed between 1939 and 1941. Ko-Ko, another essay in the Cotton Club jungle style, shows Ellington's preference for the minor-key twelve-bar blues but avoids cliched drumming patterns in favour of Greer's pounding tom-toms and timpani. Strayhorn created many new pieces, mostly indistinguishable in style from Ellington's, that would form the backbone of the orchestra's later repertoire. As Ellington was a member of ASCAP, his band 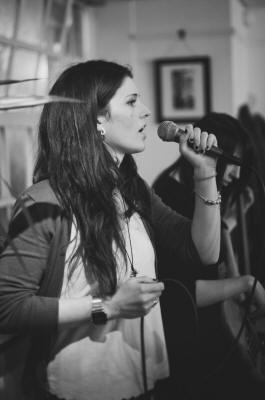 concentrated on works written by other (non-ASCAP) composers during this period, and the unfortunate situation helped Strayhorn to establish his reputation. Instead of taking criticisms of Black, Brown and Beige to heart, Ellington only recorded extracts from the score in 1944. Ellington's appearances at Carnegie Hall became an annual event, and invariably featured the premiere of a major composition: the Perfume Suite (1945), Deep South Suite (1946), Liberian Suite (1947) and The Tattooed Bride (1948) were all performed at the venue. Two later suites arranged by Ellington and Strayhorn were based on famous classical pieces, including Grieg's incidental music to Ibsen's play Peer Gynt (1876) and Tchaikovsky's Nutcracker Suite (1892).

Here are some interesting resources on the history and performance of Jazz:

HISTORY OF JAZZ FROM THE VIEWPOINT OF FIDDLE PLAYER
Origins of Jazz
JAZZ AND FOLK MUSIC.
Formal notation of jazz
The origins of spirituals in jazz
Printed music versus tradition in jazz
Rhythmic Elements of Jazz
Emphasis in Jazz Rhythms
Emotions and Jazz Rhythms
Sections of a Jazz Band
Jazz Pollyrhythm
The Big Jazz Band - the Jazz Orchestra
The Standardised Jazz Orchestra
Commercial Jazz Band Orchestration
The Psychology of Jazz Band Syncopation
Tap Dancing & the Jazz Band
The Jazz Band & Indo Jazz Fusion
Blues and Transforming Jazz into an Art Form
The Jazz Band in the American Psych