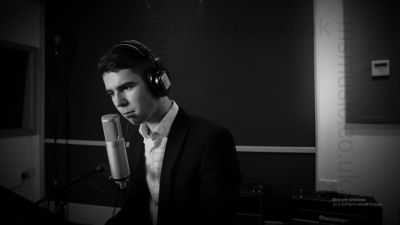 George is a jazz pianist and vocalist who specialises in music from the Great American Songbook. He studied at Leeds Conservatoire and, since graduating, has formed a jazz trio which is also available for hire.

George draws his inspiration from the likes of Bill Evans, Oscar Peterson, Jamie Cullum and others. He also sings, taking influence from several legendary jazz greats such as Chet Baker, Dean Martin and Frank Sinatra.

As well as a solo artist, George is the pianist in his regional big band, who are a touring ensemble and have visited places such as the birthplace of jazz New Orleans, performed as the 'Big Band in a Day' support act at Ronnie Scott's Jazz Club and recently a tour of Germany, with more events planned for the future.

George has performed at the Royal Albert Hall as a vocalist in a trad jazz band as part of the Music For Youth Schools Proms, and is classically trained in piano having received an Associateship Diploma from Trinity College London.

Audio and video files are of George's jazz trio (piano, bass and drums).